Now that I've finished my version of A Bountiful Life, I could be catching up on the Grandmother's Choice blocks (I've only made two and it's week nine) or I could be finishing my Kim Diehl table runner (all machine applique is finished--just needs quilting and binding) or, I could be working on a model for Colorz (cute little house quilt). So instead, I've been side tracked by this quilt I saw at the Chaska Quilt Show back in September.
I'm not sure why I was so attracted to this quilt border--maybe because it's so orderly? Anyway, I thought it was a lot of fun and couldn't stop thinking about it. Obviously, I needed to make one of my own! 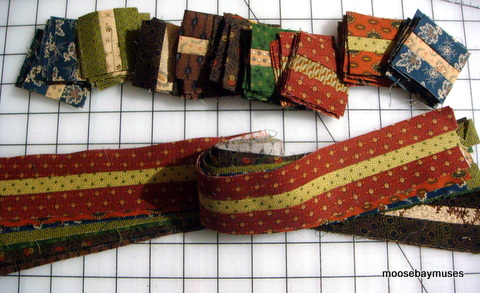 I decided I would just make a small version and it wasn't too difficult to figure out how to do it. 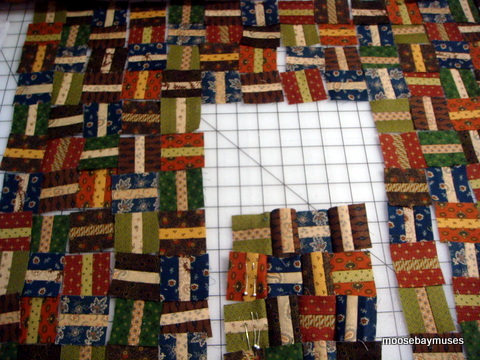 You could put just about anything in the center. It's a 6 inch finished space. I thought about a small applique block or maybe some hexagon flowers. In the end, I decided to piece a block. I knew that all the blocks in The Farmer's Wife Sampler Quilt book finished at 6 inches, so I browsed through until I found a block I thought would work. Since this is a pretty small quilt (22" square) I will probably use it as a table topper, so I  chose a block that wasn't directional and would look good from all sides.

Posted by Karen in Breezy Point at 1:28 PM